Home performance pros hear it all the time: “I had no idea I was using that much energy!” Homeowners are often unaware of just how much energy their appliances, electronics, and systems are using. This is the reason behind many marketing campaigns from utilities that urge homeowners and renters to be more aware of what’s going on in their homes. If occupants save energy, they’ll save money, and sometimes even get a rebate check.

Just the other day, in fact, I received an email from my utility company, PG&E, introducing me to Energy Advisor—my “source for information to help manage energy usage and bills.” Of course, there are companies beyond the utilities that are making strides to help homeowners and renters understand how much energy they use per month and where that energy use is coming from. One such organization is Energy Aware.

Energy Aware is based in Vancouver, Canada and was founded in 2005. They create residential demand-side management products, and most recently launched a home monitoring product called Neurio. Neurio is a wi-fi monitor that shows occupants how much power their homes and individual devices are using. It also comes with a cloud-based platform and app that shows occupants what their home’s total power is and which appliance is using that power. The platform then learns how the occupant interacts with his/her home and enables the home to communicate with its owner, for example, sending a text message when the washing machine is done or when an appliance is left on by mistake. In essence, its goal is to make any home or apartment smarter and educate the people who live in it. As we know, education is an extremely powerful tool when it comes to energy savings. 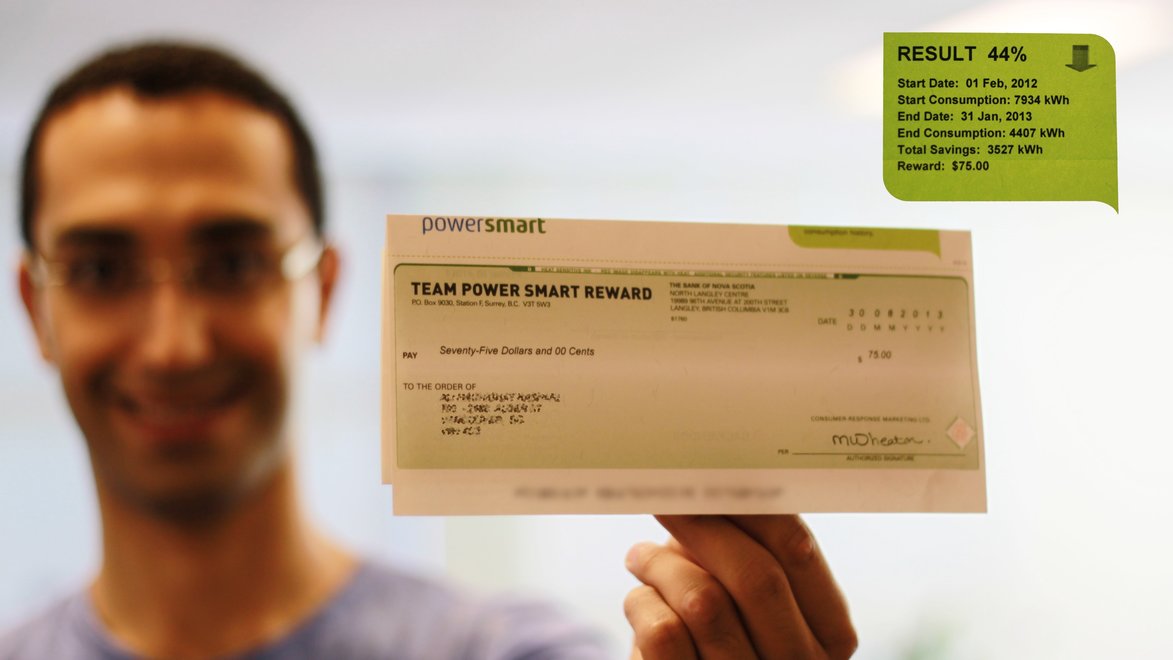 Ali Kashani, the VP of software for Energy Aware was a beta user of the new product, which allowed him to come up with the app that coincides with the device. With the help of Neurio, which he installed himself in his Vancouver apartment, he saved 3,527 kWh of electricity in one year. “I put it in my home and saw where all the energy was being used,” says Kashani. “The first big thing was that I had a broken heater in my room, which only made a little heat. Because of that, I thought that it wasn’t using a lot of power—that wasn’t true. When I used the system, I found out that it was using a lot of energy; it was blasting full power the whole time and the thermostat would never turn it off."

Kashani also noticed that his stereo was using a lot of power. “My stereo system was still set on demo mode from when I bought it. Even when I turned it off, it wasn’t off,” he says. By simply knowing where this energy was being used, Kashani was able to make the appropriate changes to his apartment. Changes that had a drastic affect on his electricity bill. “In 2011, my electric bill was $750. In 2012, it went down to $400,” he says. While using the Neurio device, Kashani also participated in his utility’s rebate program that incentives people to use less energy. For his reduction, he received a $75 check (see photo above). 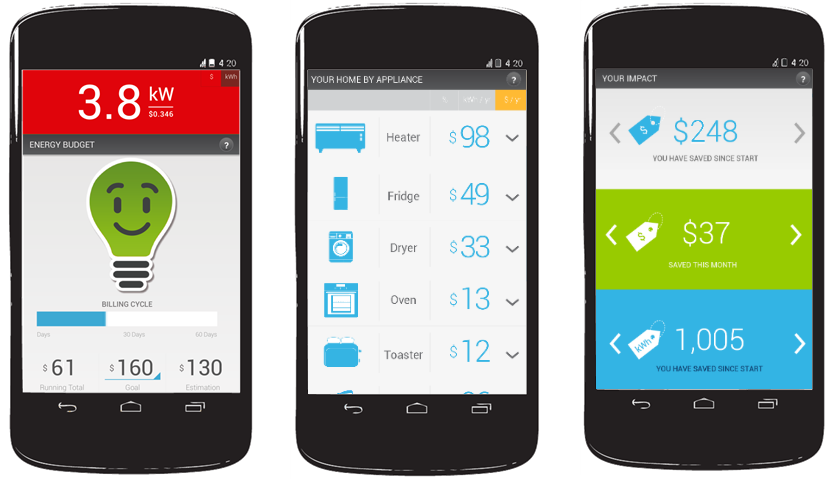 In addition to telling Kashani where energy is being used, Neurio’s app (see photo right) can tell him which devices are still on when he leaves the house or when he goes to sleep. For example, his roommate uses a portable heater, which she often forgets to turn off when she goes to bed. Kashani can now check that before he calls it a night, making sure that he turns it off and saves energy. “Every time I leave my home or when I go to bed I can make one last check,” he says.

Neurio launched a campaign on Kickstarter on Wednesday, October 16. You can learn more at http://i.neur.io/kickstarter.

-Macie Melendez is the assistant editor of Home Energy magazine