A Battery that Stores Power: The Future of Solar Energy 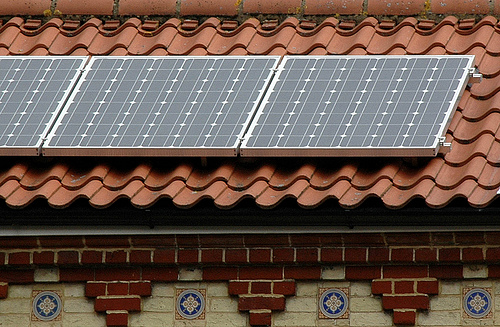 As the world is seeking an alternative to using fossil fuels and coal, scientists have been researching and pushing to develop a way to use cheap and clean energy. Even though scientists have made a lot of progress in discovering and using renewable energy, there are still problems compared to the level of efficiency that then need compete with fossil fuels.

Lucky for us, researchers at Ohio State University have been making strides in creating a new hybrid device that cannot only act as a solar cell that produces energy from sunlight, but also as a battery that can store the energy. If and when they are successful, they could change the way we use energy forever. Considered the ‘brain child’ of Dr. Yiying Wu and his team, this solar device could bring us one step closer to the development of an energy system where decentralized power is normal and no longer controlled by fossil fuels.

Although solar panels have come a long way since their introduction in the 1970’s, they do still have some shortcomings when compared to other energy options. One such shortcoming is that solar panels lose the ability to collect energy on overcast days and at night. This means that many who have solar panels have to use utilities to power their homes at night. Also, if you live in an area where it is more cloudy and rainy, such as the north, it’s harder to use solar power in general. Most homeowners that have rooftop solar panels collect an excess of energy from daytime production, but leaves them still having to pay utilities for nighttime energy use and cloudy days. For solar panels to be completely renewable and independent, they would need to produce and store energy for later use.

The Future of Solar Batteries

This solar device improves upon current day solar panels and nearly eliminates the inefficiency in the energy transfer from solar cell to battery, which is usually 20% of the energy collected. Since the Dr. Wu’s device is not only the solar cell, but the battery as well, almost 100% of the energy produced can be stored immediately, making it so that homes can save the energy for later and use on a cloudy day or at night. Another advancement made with this device is that is uses next generation lithium batteries which can store significantly more energy than the current batteries.

These unique batteries also contain an air and oxygen electrode which creates a chemical reaction within the battery. When the battery discharges, the lithium reacts with the oxygen, essentially making the battery ‘breathe’ in the electricity. When the battery recharges, the cell converts and separates the lithium peroxide back into lithium and oxygen, making it so the battery ‘breathes’ back out. Unfortunately, the cells aren’t quite as efficient as silicon and max out at 15% currently, but they are cheap to produce and buy, and last a lot longer. Currently, tests of this new device have been successful and show the promise in reliability and energy efficiency. The researchers have stated that they will continue to refine their experiments and the device with the hope to eventually bring the device to the market.

Obviously since Earth is our only home and we know that using fossil fuels comes with a heavy price due to studies and tests, it’s time to start looking towards renewable energy, especially the advantages of solar power, to produce our electricity. If we wish to have a future where there is an abundant amount of energy available for everyone, then we need to make the switch to renewable energy now. With the advances made around the world as well as by Dr. Wu and his team, this switch will become easier and more efficient than ever.