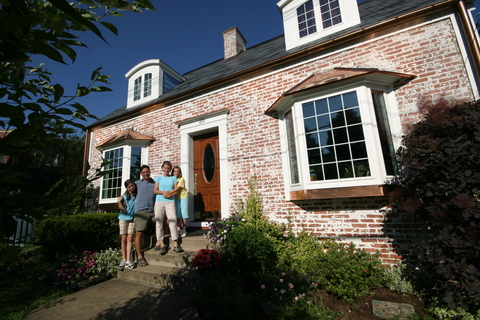 Jeff and Sherri’s original plan was to buy a house in town, do a quick aesthetic remodel, sell the house, and build a brand-new green home for themselves in the country. In 2001, they bought a 1,000 ft2 Cape Cod–style house, built in 1942, and set to work on it. Jeff brought a lifetime of building experience to the project, as well as his background as host of numerous home-building shows on HGTV and the DIY Network. The kitchen before remodeling. 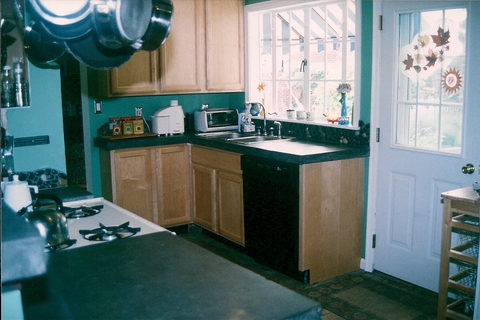 The family saved about 15% on their energy bills, but they were still cold in the winter and hot in the summer. Humidity levels were uncomfortably low in winter and high enough in summer to grow mold on the basement walls. There was radon in the basement; the attached garage was falling down; and the roof, windows, doors, and siding were old.

Meanwhile, Jeff and Sherri bought country property and realized that people out there “weren’t so green and carefree as we had thought.” Those people were spending a lot of time driving back and forth to school, work, and shopping. But Jeff and Sherri and their two daughters could walk to almost everything they needed and felt engaged in their community. “We couldn’t see leaving that to be alone in the country,” says Jeff. So they got serious about making their in-town home comfortable and energy efficient. 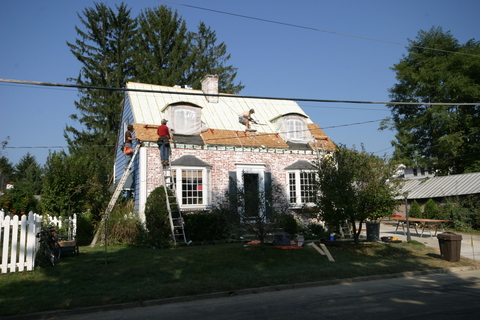 Closed-cell foam was sprayed in between wooden sleepers, which were applied over the old composition shingle roofing. Here, OSB is being nailed to the sleepers before new roofing is added. 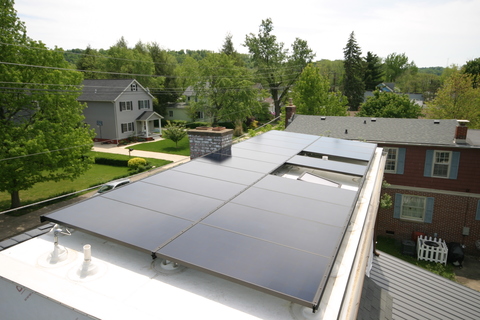 The 4kW PV array brought the family’s electrical consumption from the utility company to zero. The family added 700 square feet of conditioned space (without significantly changing the house’s appearance from the street) by going out 6 feet and moving the back roofline up.

Energy use is down an average of 85%, even though the conditioned area was increased. The family has no electricity bill and a small gas bill. Jeff says, “Between the foam on the walls and floor in the basement blocking radon, and the ERV constantly bringing in fresh air and exhausting stale air, we believe we’ve licked the radon issue in the basement. The house now performs like a new home, but with all the community, neighborhood, and convenience of an old house.” 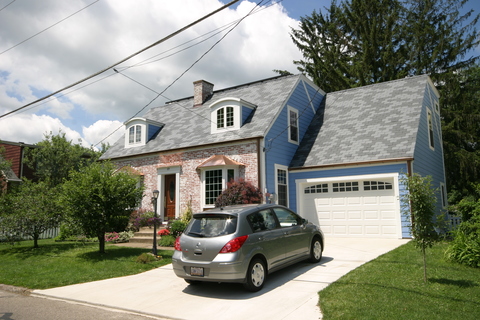 The Wilson-James house after its deep energy retrofit.

You can follow the story of this remodeling project and find information about deep energy retrofits at Jeff’s web site (thegreenedhouseeffect.com) and in his book, The Greened House Effect (Chelsea Green, 2013).