With temperatures beginning to drop outdoors around the United States, it’s likely you’re beginning to feel the cold in your home as well. Of course you can take the quick fix and crank up the thermostat to offset this cold, but there are other methods of home improvement that can be taken. Many of these revolve around where air leaks are most common in the home. Typically these unwanted drafts come from three different places; the doors, the basement, and the windows. Focusing on the latter of these, windows, there are a few different quick fixes to make sure that you’re warm and cozy this winter.

The place I call home has the issue of single paned windows combined with a number of drafts around the window’s perimeter. Initially I tried to offset the cold by turning up the heat, only to be greeted with a roughly 300% increase in the electricity bill. Obviously, that wasn’t going to work. I found myself researching different ways to quantify the problem. In doing so, I became familiar with energy auditing. As I had just moved, I wasn’t able to afford hiring a professional, but would highly suggest it. The tools and knowledge they have are rivaled by none. I attempted to mimic their process and gained some insight. I gathered information including utility bills and features of the home; such as the number of windows, thermostat setting, and home size. This “opened the window” to what the problems really were in my home. If you’re on a tight budget regarding new windows, why not try to impersonate them? A quick trip to the local hardware store sent me home with a large helping of window film. This aesthetic alternative and temporary fix mimics paned windows in that it keeps the room cooler in the summer and warmer in the winter. It is said that this film can retain up to 55% of your home’s heat during the winter. The film is relatively easy to apply, so long as you follow the directions included. In theory it is simple, but the film took some time and patience. I would suggest if you undertake this project that you make it a two person job. After taking the time to remove bubbles, our windows look great! 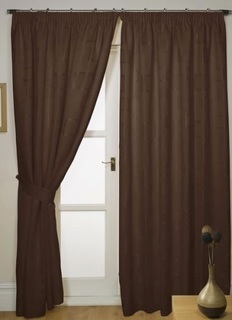 On top of this we redecorated the main living area a bit to accommodate for some heat loss. A quick fix that will have an almost instant impact on the room is as easy as covering the windows. Our home had the typical venetian blinds, which help, but by no means are designed to keep the cold out. A heavy pair of curtains, honeycomb shades, or vertical blinds can make a huge difference in the home. Personally we decided to go with curtains for a new look in our household. We looked for the heaviest we could find, and made sure they were long enough to reach the floor. While this was a great method to keep the cold out, also remember to let the sunlight in during the day to maximize the “free heat” offered by the sun. As soon as dusk falls cover up those windows!

The final step we took was to seal up the remaining problem. Gaps in our windows and moveable parts seemed to be a major cause of drafts. We decided to invest in some rope caulk and temporary silicone caulk. Temporary silicone caulk is for the movable parts of the windows; it’s easy to take out and won’t damage paint or varnish when removing. This also holds true for rope caulk, which is primarily used around the borders of the windows. A homeowner in Boston spent nearly $500 a month in just heating last winter. By spending $11 on supplies and just 15 minutes of work, the heating bill had been slashed by $284. The numbers here speak for themselves.

After taking these steps, we saw a dramatic drop in our electricity bill. The amount came to a much more manageable number and left us constantly looking for ways to improve our home’s efficiency. The next step we are looking towards is redoing windows in our home-base. This seems to be the best approach in the long term outlook of home efficiency.

What has your experience been? Have you found any other helpful changes?