In 1997, George and Ellen Beeler “decided to get serious about living a green lifestyle.” This included living in town to reduce automobile fuel use and improving an existing house. George is an architect with a long-standing commitment to ecological design, so this remodel became a living laboratory.

The house they chose was built in 1940. It had single-pane aluminum windows, the original gas furnace, and no insulation or roof overhangs. There were no available data on the prior owner’s energy use. 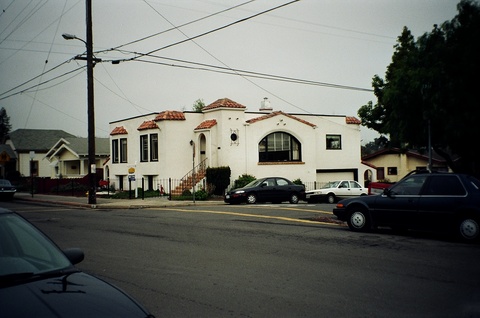 The Beeler house at the time of purchase in 1998. 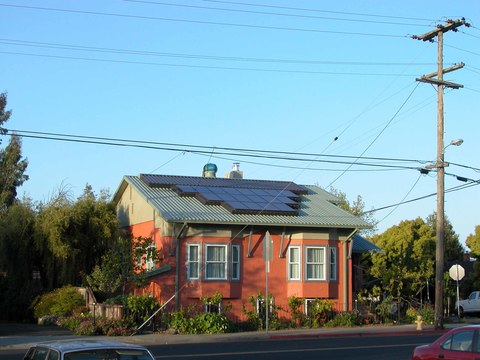 Summer comfort was greatly improved. In the first year, the PV system brought electricity consumption from the utility down to zero and produced over 1,465 kWh, reducing the household CO2 production by 4,301 lb. Solar air heating reduced annual natural-gas use from 309 therms in 2001 to 167 therms in 2006. (However, higher thermostat settings to accommodate Ellen’s fibromyalgia brought natural-gas use up to 185 therms by 2009.)

Aiming to meet the 1000 Home Challenge, the Beelers improved the energy efficiency of their house before adding more renewable energy to achieve net zero energy: 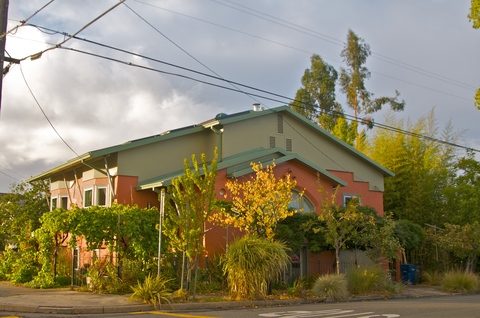 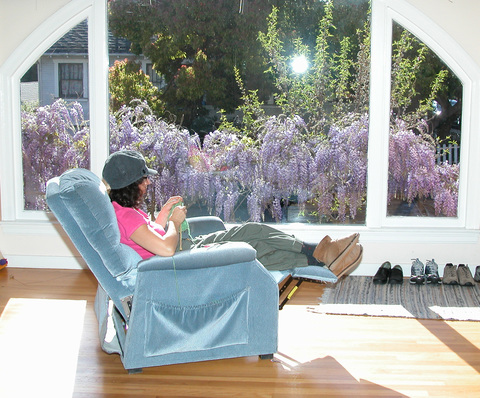 Blower door tests before and after air sealing showed a 35% reduction in infiltration. Natural-gas use for space heating and water heating was reduced from 185 to 154 therms per year. Water use dropped to 48 gallons per day, a 43% reduction since 2003 (before which there had been dramatic water use reduction, but those data aren’t available). 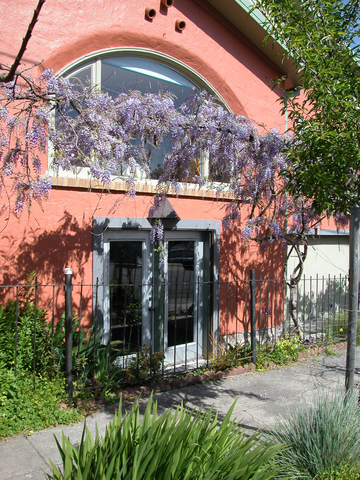 The arched living room window remained single pane due to the high cost of a custom arched window; a three-layer R-4 honeycomb interior shade keeps some heat from escaping. The cable trellis was modified to shade the lower office door, but not the living room window.

George says they would have done a few things differently if they’d known in 1998 what they know now: